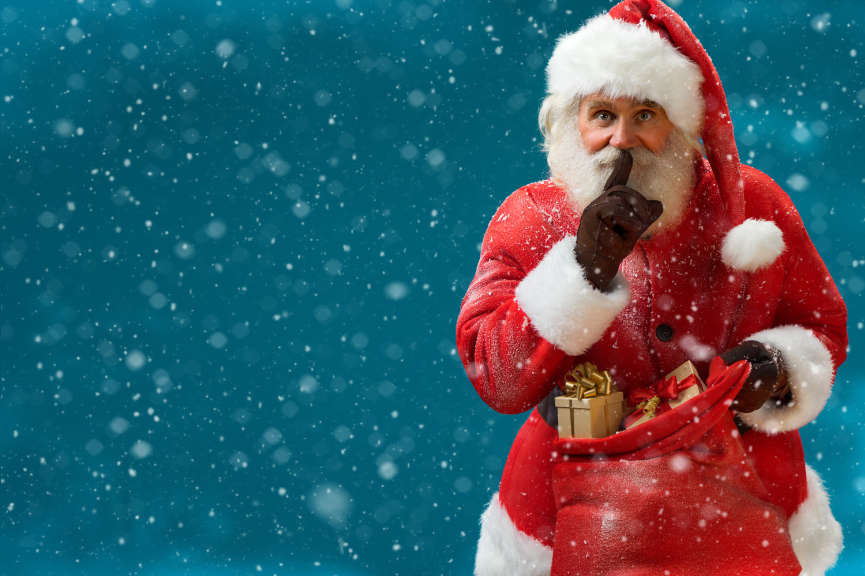 Why Do We Give Gifts at Christmas? (The Real Story)

Everyone knows that Christmastime is all about the spirit of giving, but have you ever wondered why? Well, you will be surprised to know that people have been giving each other gifts on the winter solstice since before Christmas was even a holiday.

We give gifts at Christmas because it is a tradition that goes back millennia, starting as a way to share food during the cold seasons. Eventually, solstice gift-giving transformed from a pagan tradition to a Christmastime practice that still lives on today.

So, when did it all start? Let’s talk about when, where, why, and how the tradition of gift-giving at Christmastime began. We will also be discussing how Santa Claus became the icon of Christmastime gift giving, transforming from a charitable Saint to the jolly, bearded toy manufacturer that we all know.

Why Do We Give Gifts in Winter?

Christmas isn’t the only December holiday with a tradition of gift-giving. In fact, the practice of giving gifts near the winter solstice goes back to prehistoric times. 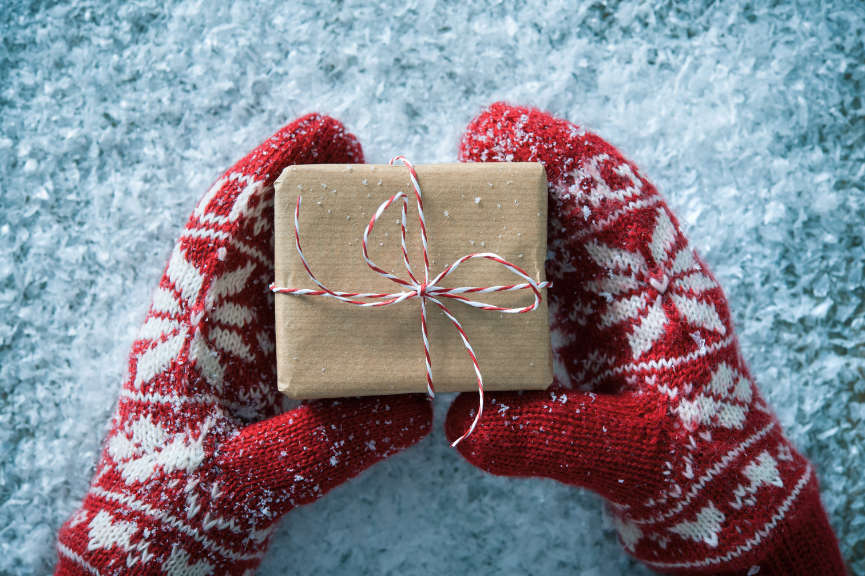 Winter was also cold and eventless for many people who had no luxuries such as central heating and television. Winter solstice holidays marked the half-point in winter and allowed people to collectively look forward to the coming spring. Celebrating the winter solstice by sharing food and drink became a winter-time tradition for many pre-Christian people, including Celts, Romans, Norse, and more.

During Saturnalia, all social order was suspended, meaning that slaves, lower-class citizens, and elite citizens ate together at the same tables and played games together. Like in the modern-day, all business was suspended during Saturnalia, giving everyone a week-long vacation from work. The general spirit of Saturnalia was one of freedom and liberation from social roles, which made it an exciting holiday for the whole of Rome.

The gift-giving aspect of Saturnalia was much like the Christmas traditions of the modern-day. However, during Saturnalia, most of the gifts that people exchanged were between adults. It was common to get presents such as books, small statues, clothes, and fancy foods during Saturnalia, and each gift was signed with a personal note or poem from the gift-giver.

These gifts were supposed to bring a good harvest to the receiver the next year, and they strengthened business and political connections between the giver and receiver. Saturnalia gifts were a way to reinforce or destroy friendships and business connections in ancient Rome. If someone got you a gift, but you did not have a present for them, you could easily make an enemy.

Therefore, the number of gifts that an elite Roman man had to give out every year was staggering. Every friend, wife of a friend, business client, and family member received a gift during Saturnalia.

Many other Christmas-time traditions come from Saturnalia, including the ritualized greeting “Merry Christmas,” decoration with evergreen trees, and wassailing at night by candlelight.

For more on Saturnalia and the Roman tradition of gift-giving, check out this video from Historia Civilis:

The Development of Christmas Gift-Giving

Christmas began to be celebrated by Roman people in the 4th century CE. Most people in the Roman territories still observed the ancient Roman holiday of Saturnalia at this time, and Christians started to find uniquely Christian ways to celebrate the old pagan holidays that they were so familiar with. 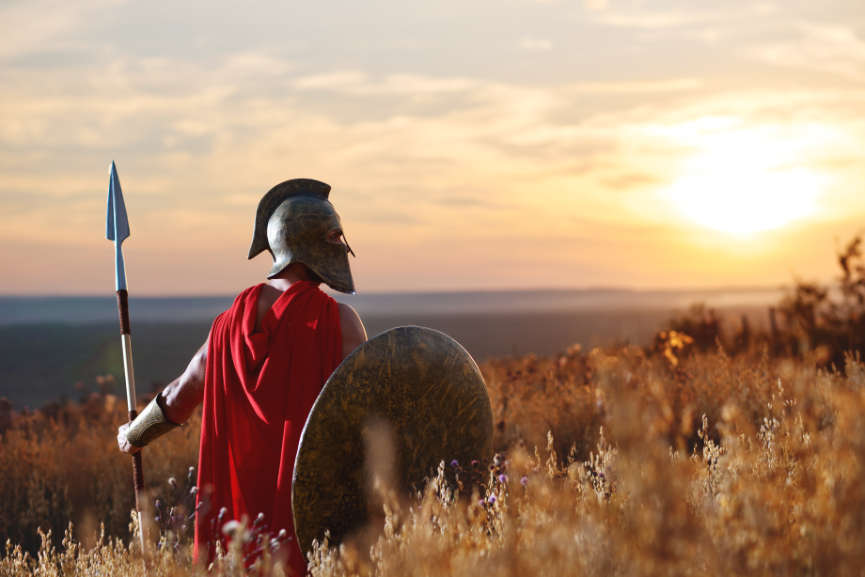 Saturnalia’s emphasis on freedom, gift-giving, and the winter solstice gave rise to a new holiday: Christmas. The nativity story aligns perfectly with these ideals. The winter solstice was a metaphor for the rising of God’s son since, during the months following the solstice, the days would get longer, and the sun would stay in the sky longer.

The nativity story also includes the three wise men’s gifts to the baby Jesus, which is why early Christians give gifts during Christmas. However, during the 4th century CE, near the beginning of Christmas’s celebration, many kings and bishops used Christmas as a reason to demand elaborate gifts from their people. This practice all changed when good kings such as St. Wenceslas gave gifts to their subjects instead.

Who Is Santa Claus and Why Does He Give Gifts?

Santa Claus did not start as the chubby, red-nosed gift giver of the North pole. The real Santa Claus was named Saint Nicholas of Myra, and he lived from 270-343 CE in a small Roman town in modern-day Turkey. 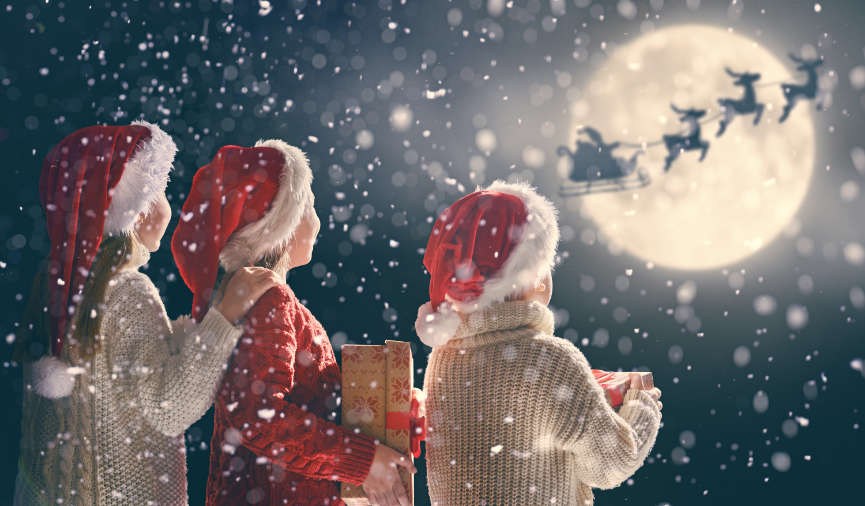 During his life, the Roman government ordered all bibles to be burned during the Great persecution, but Saint Nicholas would not obey. Nicholas spent ten years in prison because he would not give up his role as a Christian bishop. He was finally released in 313 CE when the Roman emperor Constantine ended the ban on Christianity.

Nicholas performed many miracles in his life, often saving children from slavery by paying off their parents’ debts and even resurrecting the bodies of murdered children. Due to these miracles, which gained prominence in the early 13th century, St. Nicholas became a patron saint of children who was renowned for his gift-giving. Around this time, a festival day was established, called St. Nicholas Day, on December 6.

Between 1200 and 1500, St. Nicholas Day became a day of gift-giving. The skinny, shrewd Nicholas of Myra also went under a transformation, as illustrators redrew him with the characteristics of Saturn, as the giver of abundant harvests, and Odin.

These different depictions of St. Nicholas were understandable to people from various countries and villages since they used older mythology in a new, Christian way. In a way, St. Nicholas became the new Saturn or Odin.

After the Protestant Reformation, Saint Nicholas fell out of favor. Many Christians now celebrated St. Nicholas Day on December 25, which officially made the celebration of the nativity coincide with St. Nick’s holiday. Many Christians believed that Jesus sent the gifts given by St. Nicholas and that St. Nick was just Jesus’ delivery man.

The Revival of Christmas in America

For a long time, Christmas was banned in America. All of the different people who migrated to America still brought their solstice traditions with them, though, and celebrated in secret. However, by the time the early 1800s came around, many famous authors brought back the tradition of celebrating Christmas with their writing.

In 1809, Washington Irving wrote Knickerbocker’s History of New York, in which St. Nick flies above the city in a magical wagon, delivering presents to all of the good children. This story brought Santa back out into the public, and slowly, people started celebrating Christmas out in the open.

In 1822, Clement Clarke Moore wrote a story for his children that would bring back the Christmas spirit to everyone. He would call his story “The Night Before Christmas,” and in it, Santa Claus is a small, elf-like character who was initially illustrated as a little man, small enough to squeeze down the tightest chimney to deliver presents.

Over time, Santa Clause’s depictions evolved into the human form that we can see everywhere at Christmas time nowadays.

Christmas gift-giving started as a way to pool resources between villages, but it eventually evolved into the Saturnalia customs that strengthened relationships between friends and business clients in Rome.

As early Christians developed their own religious calendar, they used the older Saturnalia traditions to celebrate the birth of Jesus. Over time, St. Nicholas Day, a yearly gift-giving festival, was moved to Christmas day, giving rise to the present-gifting Santa Claus we all know and love today.