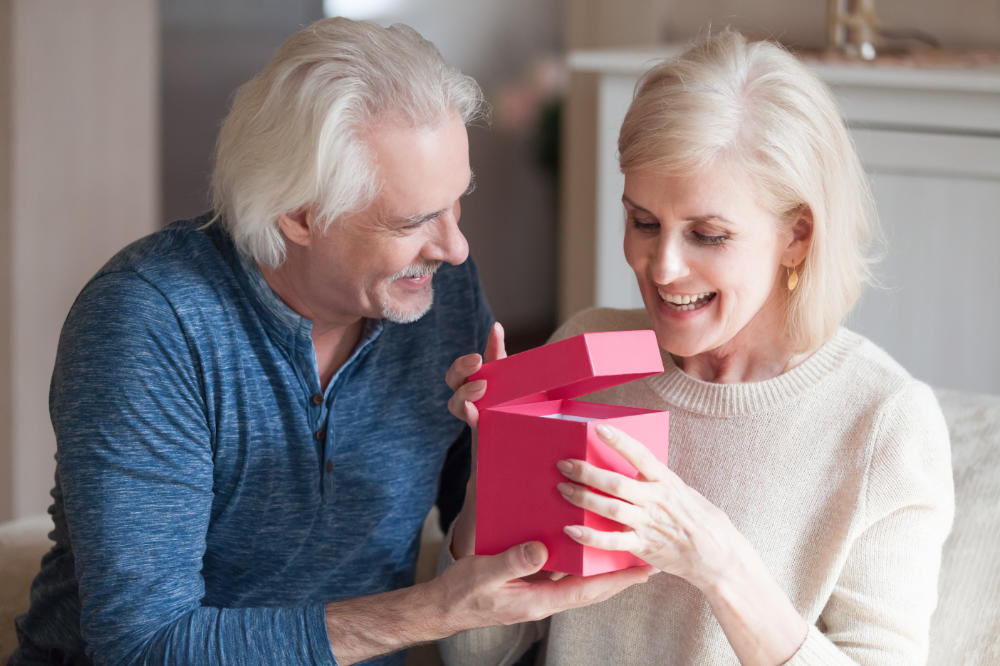 James Brown once sang about how it’s really “a man’s world”, but he also sang how it wouldn’t mean anything without a woman around in that very same song.

Do you remember that song?

This was decades ago, and even though there’s been progress, it’s still true. We women are overworked, underpaid, and underappreciated. So, when the time comes that a woman in your life can actually retire, you need to show your appreciation with the right retirement gifts for women.

This kind of shopping can be hard, I know myself. Retirement gift shopping isn’t something you probably do very often, and you might not have even done it before, in fact.

You can relate to that right?

Further complicating things, is that even if you do it once or twice, what you get a relative or a friend is going to be very different from what you might get a co-worker, colleague, or other professional acquaintance.

If it’s someone you shared a cubicle with for years, you might know just what she wants. On the other hand, if it’s a boss you despise and have been praying for her retirement for just as many years, you have to find something that is a great gift without revealing your putrid feelings, contempt, and/or relief that her butt will soon be out the door, never to return.

In general, the best retirement gifts for women speak more about their future than their past.

So many fall into the trap of celebrating a career, which is an appropriate sentiment, but not always a good gift. The woman’s career is in her rear-view mirror, and maybe even out of view already.

Now, she has plenty of time for the things that she loves to do. Passion is her new career, and whether you are related to her or not, you should help your sister out in launching her new adventures in life.

She’s not competing with you for a raise or promotion anymore, nor are there any more competitive feelings at family reunions any longer.

Well, okay, I admit there might be a few. But no matter who you’re giving to, they’ve earned their retirement.

Retirement gifts have largely the same general breakdowns as many other gifts, including classic, personal, utility, and gag. Unless you’ve got a truly deep rapport with someone retiring, I’d advise staying away from gag gifts.

The longstanding cultural classic retirement gift is, of course, a gold pocket watch.

Some men still like getting these, but they’re going out of style. You also run the risk of a duplicate gift.

I love the symbolism of it, where quality craftsmanship represents the passage of time over the retiree’s many years of wonderful service. However, much like a retiree’s career, I think the time has passed for gold pocket watches.

Even though gold pocket watches might not be the gold standard anymore, pardon the pun, you can still find gifts that have a similar nature where they metaphorically remind someone of the passage of time.

Some still wear them, but nearly everyone just uses their phone. There are some models of smartphone that are better suited for older eyes and ears with bigger screens and buttons.

Give them a trusted friend to keep in their retirement pocket. Just make sure it’s not locked into a contract so they can choose/keep their own carrier and current number.

Novelty Clocks: The right novelty clock can be a great piece of decor in a retired person’s home.

Get creative in finding something that matches the retiree’s interests. A birdwatcher would likely get a kick out of a clock that chimes out popular bird calls each hour.

The right clock that’s loud enough and has easy-to-read numbers can be a blessing for older or tired eyes. I myself am not retiring anytime soon, but even I prefer large Roman numerals on analog clocks at home in a time when everything has digital displays.

It’s actually quite fun having younger people in my home and finding out who can’t even read clocks like these. For that matter, my fridge notes are no longer in cursive if I need everyone to be able to understand them.

Get A Watch Anyway: The gold watch classic might be a bad idea, but if your retiree is going to spend a lot of time outdoors, then a specialized timepiece for specific activities like diving, swimming, or running might make sense.

The right watch can also help out if they plan on spending time where they might not take their phone or even shut it off to save power.

Think About The Next Job

Retirement is changing in terms of the actual concept. For many, it doesn’t mean an actual end to working for pay, but instead just ending a full-time job or career. Rather than stopping, your retiree might be simply slowing down a bit. In fact, if you think about the women you know who have “retired” already, how many are still doing something for some income? If you’re like me, it’s more than half of them.

Not everyone needs it, but some truly do. Others do it just to stay active, or to extend their savings for later years or even to have more to pass onto their kids. As such, why not get a woman a laptop to start an online business? A paid college class or workshop to pick up a skill she’d like to turn into hobby income?

A computer salesman once told me that oddly enough, it’s middle-aged people who are the least technically inclined with electronics, because we’re just so busy. Retirees have time to figure things out, or at least know the right grandkids to call and bribe with cookies discretely.

Give a woman in your life the tools and technology to keep making money, even if it’s not as much as it once was. Let her finally do something she really loves for money. Maybe even help write her resume in a way that honors the career being retired but in a way that helps her get part-time work she cares about.

No, I didn’t say experience matters. It does, and most retirees I know are proud of the scars they’ve earned. Not everyone lives this long, and not everyone gets to retire. Still, experiences can make great gifts over physical stuff.

Many retirees like to start downsizing. Less clutter in the home is less work, maybe the chance to move into a cheaper or smaller home, and at the end, just less for kids to clean up when it’s all said and done. So, instead of a ‘thing’, give an experience. This might be a cooking class, a hot air balloon ride, museum memberships, a wine tasting, or even a cruise.

There are two kinds of gifts you should generally avoid, aside from the previously mentioned gold pocket watches and just general clutter.

The first kind of gift you should avoid is money. Etiquette experts say that sheer cash or a check is not really appropriate as a retirement gift, as it’s better to instead give a retiring woman something in honor of her hobbies, interests, and passions.

Along those lines, gift cards could actually be appropriate. Generic cash cards aren’t, obviously, but gift cards for websites, retail stores, amenities, and restaurants that fit into her future plans can be very welcome gifts.

Something else to shy away from is gag gifts. If you really know someone well and know their sense of humor, then maybe a plastic cane is a good laugh. I’ve certainly been known to stock up on discount gag gifts and ‘props’ at my local store the day after Halloween.

Still, Bengay and adult diapers can backfire hard, especially if someone with less tact or familiarity at the retirement party is drinking too much. For that matter, I dislike adult diaper jokes at a younger age, just because my bladder isn’t what it used to be.

The best thing about retirement for most women is spending more time with grandkids. Get them puzzles, board games, and toys that they can use to play with their grandkids. If they have to drive to spend time with them, get them a free oil change or new tires. For grandkids really far away, a tablet with Skype is a blessing all its own.

Unlike winter holidays and birthdays, you only get one chance to get someone a gift for the end of their full-time career. By using these retirement gifts for women ideas, hopefully, you find the gift of a lifetime that truly honors her lifetime of work.

If you’re still having trouble coming up with ideas for retirement gifts for women, just try and imagine what you would love to get the day that you retire. You might be young enough to not envision that easily, but that mental exercise starts putting you in their shoes, which helps you figure out what they’d love.

That’s what’s really important, a great gift for them, not just what would make you look good.